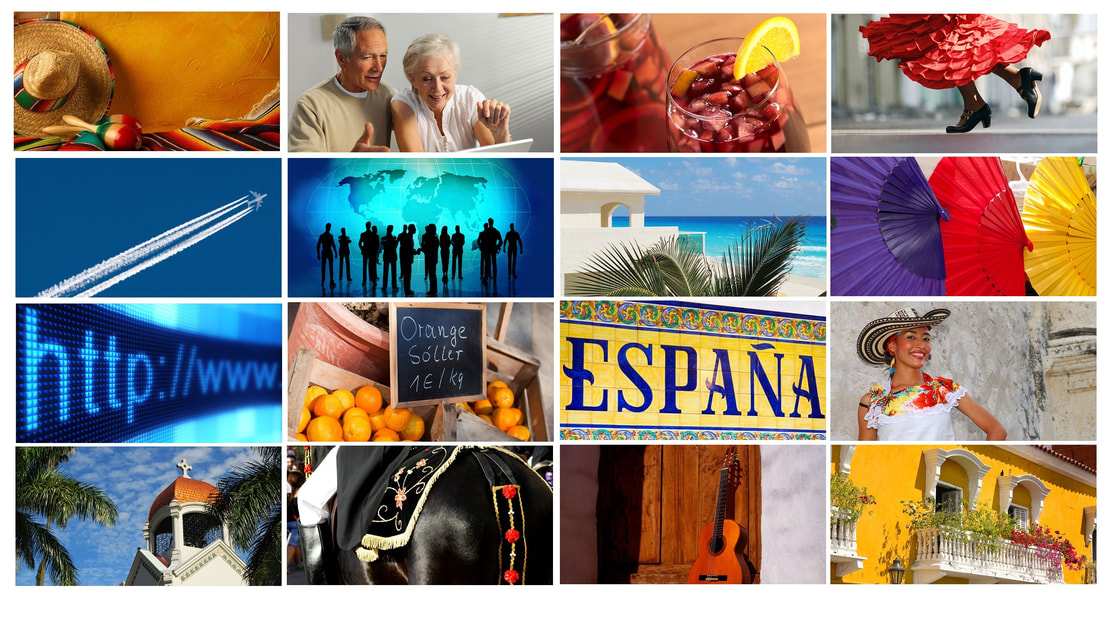 You will spend your time immersed in the Spanish language, listening to Spanish Speakers. Presentations are in English by an English Speaker. You'll not just be learning the language but more importantly, actually understanding the language.

​You may find the first few modules slow going, but stick with them. The basics that are taught here are the foundations to the Spanish language and you will do well to have them etched upon your brain.
​They are the stumbling blocks for many English speaking students.

"I'm now learning how to make sense of the language"
"It's like having a 1-to-1 lesson with a Spanish teacher, it's great"
" I've never experienced this type of teaching before but it just seems to work"

​The Comprende course delivers a true foundation for the beginner, resulting in the student reaching a pre-intermediate level in such a short amount of time. Students are then able to go forward and build upon that foundation to higher levels of language proficiency.

​Our methodology of teaching Spanish has now been carefully developed and produced into an online foundation course of 15 interactive modules, emulating our successful 1on1 Comprende Spanish lessons.
Comprende acknowledging communication as your primary goal.

So, how does one approach learning a new language?
There is no right answer here. With so many options to learn Spanish, choosing a learning style or method can be unsurprisingly overwhelming. It’s up to you to decide which methods work best for you.
A child learning his language for the first time is not at all concerned about others, we, he, she or they. They only speak of themselves, their needs " I "  ... I want, I need, I am.  And this is how you will begin to learn this wonderful language.

A sentence doesn't need to be spoken perfectly for you to be understood. Dare to speak to everybody without caring about making mistakes, just go for it and above all, smile and have fun.

The components of oral language

At its most basic level, oral language is about communicating with other people. It involves a process of utilizing thinking, knowledge and skills in order to speak and listen effectively. At Comprende, we focus on the oral aspect of the language delivering rapid progress through each of our fifteen modules.

Where in the world is Spanish spoken ?

Although it’s not an official language, Spanish is also commonly spoken in the United States, Belize, Andorra and Gibraltar.
Learning Spanish as a second language will open up a whole ​new world for you.

After completing the Comprende Foundation course you will possess the knowledge and confidence to participate in conversation and begin to make new friends around the world.
Where will you be travelling to next, San Andrés Colombia ?